Networking Tip: How to Do Less Networking for More Results

Yes, really! You might expect to get encouragement that you should get out there and do more. Go to more events. Send more emails. Meet more people. More, more, more!!

But unless you’re doing nothing to build professional business relationships, you can probably do less random “networking” and still get the results you need.

Sure, you need to be active and visible in whatever arena you’re in, whether that’s local groups, business events, or on line. But most people randomly attend events, have coffee meetings, and post pictures on Facebook without thinking about how it builds their network.

I don’t think this level of activity is a waste of time – spending time with other people builds connections and relationships – but you could be more efficient, do “less,” and still get great results.

I know because I’ve drastically cut back on the amount of time I spend on certain kinds of networking and yet I’m enjoying great success in building a brand new consulting business almost entirely through networking.

Here’s what you can do to become efficient in your own networking:

Focus on Quantity When You’re New

Are you a brand-new business owner? Recent college graduate? Starting a job search when you’ve been quietly sitting in an office for years?

If you’re starting out in networking, you should do as much as you can right now. Just get out there and go to almost everything you can find.

What? How is that efficient?!

Because you need the practice. You need to rapidly get comfortable with meeting new people, developing common ground, finding ways to build the relationship, and all the other habits that good networkers have.

You don’t get proficient at something by doing it only once in a great while. Imagine trying to learn to swim if you only went into the pool every few months.

Set yourself a fairly intense goal and schedule to attend networking mixers, set up coffee meetings, and connect on social media with new people.

Consider it a training program. Go, do, and then evaluate. Repeat.

By doing a lot of networking in a short time, you’ll get comfortable much more quickly and that is efficient.

Networking is NOT a selling activity. But it does have something in common with sales. 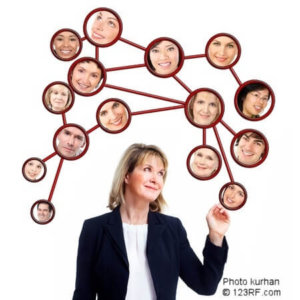 Not everyone is going to want what you’re offering – which in this case is a business relationship.

They might not be networking-minded. They might have too many irons in the fire to be a good partner for now. They just might not have a connection with you that you can build on.

But you don’t know this until you’ve had some kind of interaction with them.

So if you want to find the 1 in 10, maybe 1 in 25 people, probably 1 in 100 who will really click with you and become a strong connection, you need to meet a lot of people. (You can also target one-on-one connections, but that’s an advanced technique for another time).

It’s efficient to meet more people in a short amount of time, preferably in one place.

Large, general mingling networking events (like a chamber mixer, or business open house) are an efficient way to do this.

The organizer has done the work for you of inviting people and running the event. You just show up.

In a two-hour event, you can probably meet 10 to 20 new people if you really work the room. This is a learnable skill and will take some practice but it’s incredibly valuable.

If you are great about the follow up and don’t sell, you can do this and instead of being seen as spammy, people will start to think you’re a networking guru.

Have People Reach Out to You

There are some people who don’t have to “do networking” at all: CEOs, celebrities, local politicians, networking “gurus.”

They are in a position where people reach out to them. You can leverage a good amount of this “position equity” even if you’re not in any of these categories by putting yourself in a leadership position. 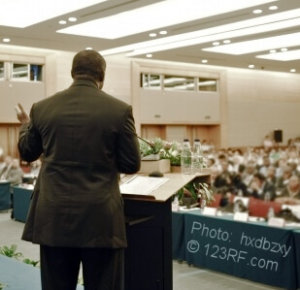 Most of these activities are going to be a lot of work. But, they are also going to create an incredible return on your investment.

Once you become visible as a leader in your community (whether local or online) people will seek you out. Or, when you reach out to them, they will be eager to connect because of the groundwork you’ve done to create awareness and trust.

This is efficient networking. You don’t want to spend hours and hours to get nothing in return. You also can’t put in very little effort and expect great returns.

What you do want to do is put in intensive work on building a foundation that will create massive value for you for years to come.

Beth Bridges is the Networking Motivator and author of “Networking on Purpose: A Five-Part Networking Success Plan to Build a Powerful and Profitable Business Network.” She wrote it after attending 2,500 networking events in 10 years and realizing that her own mother was having to make an appointment for lunch. These days, Beth is a much more efficient networker because she works her own plan. You can learn more about using that plan at www.TheNetworkingMotivator.com

Start A Business With Less Than $10,000 – Three Brilliant Ideas! 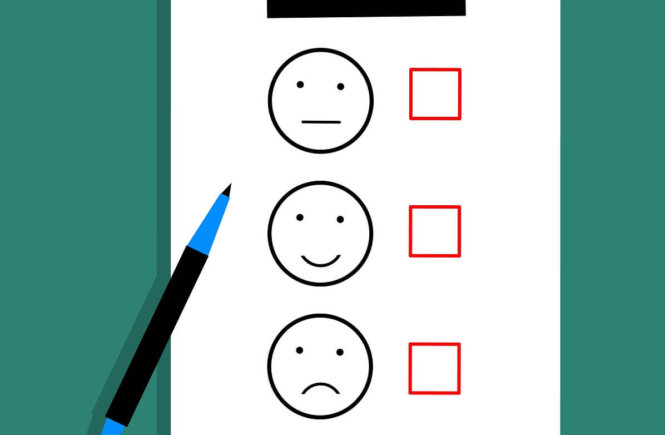 Want to Be More Like Amazon? 5 Steps for Becoming More Customer-Centric